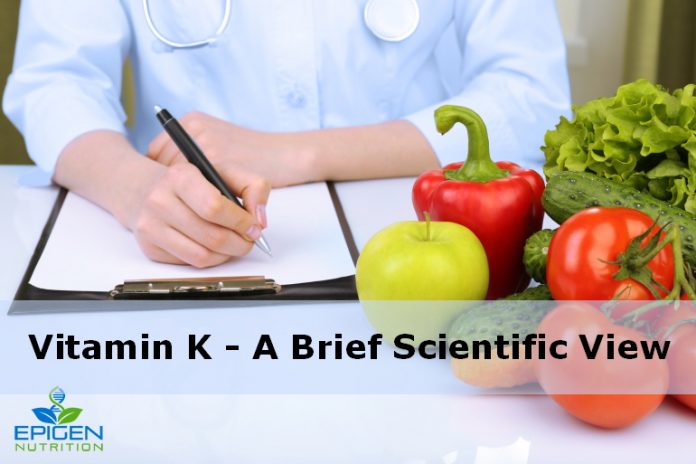 Contrary to what happens with most of the other vitamins, the term “Vitamin K” doesn’t refer to a single substance.

Rather, it represents an entire family of fat-soluble molecules that share a common basic chemical structure.

For the sake of simplicity, in this Article, I will narrow them down to two major groups: Vitamin K1 (phylloquinone) and Vitamin K2 (menaquinones).

For many people, Vitamin K is synonymous with phylloquinone or Vitamin K1, which comprises the primary dietary source of this vitamin and is mainly present in green leafy vegetables, e.g. spinach.

On the other hand, Vitamin K2 is a fermentation byproduct, meaning that the menaquinones making up this vitamin group are made by certain bacteria during the fermentation process of some foods, but also inside the gut.

The most studied physiological role of Vitamin K is during the formation of blood clots, also known as the coagulation cascade.

Vitamin K plays a critical role in the activation of coagulation factors II, VII, IX and X, as well as proteins S, C and Z.

This leads to one of the most notable drug-food interactions in medicine, where people who take warfarin or other coumarin-based drugs to prevent deep-vein thrombosis or stroke, need to keep their vitamin K intake steady, as these drugs act by antagonizing it to its receptors, thereby inhibiting its action.

However, recent research has revealed other important roles for both K1 and K2 in human health, with more weight currently placed on the different forms of K2.

In this regard, the most notable health conditions where K2 seems to be crucial are coronary heart disease and osteoporosis.

Menaquinones (especially MK-4 and MK-7) interact with a protein called Matrix Gla-protein, and the result of this interaction is the removal of excess calcium from vascular walls.

Since the calcification of the vesicles has been recognized as an independent risk factor for coronary artery disease, it seems that adequate vitamin K2 intake may play a role in its prevention.

There are some observational data confirming this hypothesis, but results from ongoing studies are pending.

When it comes to bone health, menaquinones have been recently recognized as an important co-factor in the prevention of osteoporosis, along with Vitamin D, Calcium and Magnesium, through their interaction with osteocalcin, a critical building block for bones.

Both MK-4 and MK-7 have been shown to increase bone strength and decrease the rate of hip and other fractures.

As a matter of fact, MK-4 is prescribed for the treatment of osteoporosis in many Asian countries, whereas in Europe the regulatory authority on food safety (EFSA) has approved a health claim regarding the relationship between vitamin K and bone health.

Since there are no known toxicities for either form of vitamin K at any dose, combined with the fact that bioavailability from plant sources is limited, people who are at high risk of coronary heart disease or osteoporosis, or believe that they may benefit from taking these vitamins in any way, and have no other contraindications, may consider supplementation in the form of tablets or capsules.

Do You Find Yourself Being Tired All The Time? 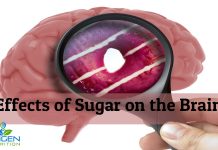 The Effects of Sugar on the Brain 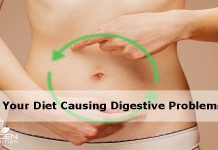 Is Your Diet Causing Digestive Problems? 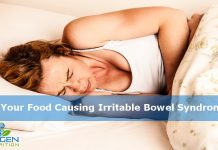 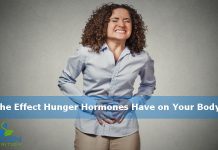 The Effect Hunger Hormones Have on Your Body

The Health Benefits of Glucosamine for Your Joints

The content on this website is intended for informational and educational purposes only. You must consult your doctor or medical practitioner for any medical advice, treatment or diagnosis that you require.
FOLLOW US
© copyright 2022 epigennutrition.com all rights reserved
We use cookies on our website to give you the most relevant experience by remembering your preferences and repeat visits. By clicking “Accept All”, you consent to the use of ALL the cookies. However, you may visit "Cookie Settings" to provide a controlled consent.
Cookie SettingsAccept All
Manage consent

This website uses cookies to improve your experience while you navigate through the website. Out of these, the cookies that are categorized as necessary are stored on your browser as they are essential for the working of basic functionalities of the website. We also use third-party cookies that help us analyze and understand how you use this website. These cookies will be stored in your browser only with your consent. You also have the option to opt-out of these cookies. But opting out of some of these cookies may affect your browsing experience.
Necessary Always Enabled
Necessary cookies are absolutely essential for the website to function properly. These cookies ensure basic functionalities and security features of the website, anonymously.
Functional
Functional cookies help to perform certain functionalities like sharing the content of the website on social media platforms, collect feedbacks, and other third-party features.
Performance
Performance cookies are used to understand and analyze the key performance indexes of the website which helps in delivering a better user experience for the visitors.
Analytics
Analytical cookies are used to understand how visitors interact with the website. These cookies help provide information on metrics the number of visitors, bounce rate, traffic source, etc.
Advertisement
Advertisement cookies are used to provide visitors with relevant ads and marketing campaigns. These cookies track visitors across websites and collect information to provide customized ads.
Others
Other uncategorized cookies are those that are being analyzed and have not been classified into a category as yet.
SAVE & ACCEPT