For a number of years now, the good old cup of coffee has been downed daily by everyday people and top athletes alike; to not only boost resistance from getting tired but also to increase physical performance as well.

There has been another question thrown about recently and that is can coffee also boost your metabolism?

In a nutshell the answer seems to be a big yes.

Coffee has proven itself to increase some rates at which weight loss happens, so it is not much of a surprise that companies choose to include it in their weight loss supplements.

Ok, let’s crack on and take a look at how coffee can help boost your metabolism.

Coffee Can Help to Release Some of Your Stored Fat

Upping your caloric expenditure is a good thing, but unless the stored fat is in a position to be released and burned, significant weight loss cannot be had.

There are a couple of ways that coffee can do this, and both are attributed to the presence of caffeine.

Caffeine Can Stimulate Your Nervous System

Caffeine affects the sympathetic nervous system by releasing more adrenalin. The result in turn being increased firing and more rapid nerve transmission, which then leads to stronger muscle contractions.

Epinephrine is the fight or flight hormone, which is released in to the blood and signals fat cells to release fatty acids into circulation. When these fatty acids are released, they can then be burned for fuel.

It Can Increase Your Metabolic Rate

Your metabolic rate is considered to be the amount of calories that you burn while you are resting.

It is often at times also known as your basal metabolic rate or resting metabolic rate, and differs based on your amount of lean muscle mass and other contributing factors.

Wouldn’t it be great if you could find something that could raise your metabolic rate, while doing absolutely no extra physical activity?

Wonder no more, the answer to that is a cup of coffee.

A study carried out as far back as 1995 and published in The Annals of Nutrition & Metabolism (Koot et al.) analyzed the effects of coffee consumption of metabolic rate, with and without caffeine.

Subjects that were given coffee enhanced with 200mg caffeine were found to experience increases in metabolic rate ranging from 3-11%, with much of the increased burning of calories coming from oxidation of fat in blood.

Another study published in the American Journal Of Physiology found differences in the metabolism boost to be as high as 29% in lean individuals, while in obese persons the increase in metabolic rate stands at about 10%.

And in addition to those, another study published by the American Journal Of Physiology compared differences in metabolism between younger and old men, and found that both groups of men experienced similar thermogenic outputs following consumption of caffeine, but the group of younger men experienced increased release of free fatty acids, translating to higher metabolisms.

Although increasing your physical performance does not directly increase your metabolism, it does have an effect indirectly.

Especially if weight training, muscle cell mitochondria become more efficient in burning fat for fuel, which in turn keeps us leaner year round.

This can explain why a lot of athletes supplement with caffeine (or drink black coffee) prior to beginning their work out, as the increased firing and improved contractility of muscles leads to greater calorie burning and can translate to improved metabolism long term.

So What Have we Discovered Here?

Well, coffee does favorably influence the metabolism, allowing you to burn more calories even while you are resting.

Coffee also increases thermogenesis, which is calories used for heat, as evidence shows it can raise body temperatures while utilizing the caffeine.

Try to make sure to have your coffee black, or as close to black as you can, because loading it with sugar and creamy stuff adds unnecessary sugars to this really cool beverage and can blunt the fat freeing effects, because insulin then starts to get involved.

How Coffee Can Help You with a Weight Loss Plan 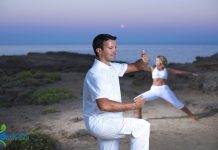 6 Ways Coffee Can Enhance Your Productivity 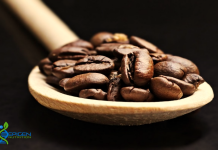 The content on this website is intended for informational and educational purposes only. You must consult your doctor or medical practitioner for any medical advice, treatment or diagnosis that you require.
FOLLOW US
© copyright 2020 epigennutrition.com all rights reserved
We use cookies to make sure we give you the best experience on our website. If you continue to use this site we will assume that you are happy with it.Ok