Vitamin D is one of the most important nutrients for your health, and regulates a number of systems within the body.

But did you know that it is also utilised to help your brain, lungs, skin and immune system to function properly?

Here are 8 facts about vitamin D benefits that you really need to know about.

Vitamin D is a vital nutrient that plays a key role in developing and maintaining strong healthy bones, as it helps to regulate and maintain the balance between calcium and phosphate within the body.

A vitamin D deficiency in children can lead to brittle bones or rickets.

Whereas adults with low levels of vitamin D can end up developing weakened or bones and even osteoporosis.

Vitamin D is an essential nutrient for your immune system because it helps to combat infections.

It does this by helping the body produce antibodies, which are protective proteins that can help to fight off bacteria and viruses.

It also assists in stopping the immune system from attacking healthy cells by suppressing inflammatory responses within the body.

Can Help Regulate Your Mood

Studies have shown that vitamin D could play an important role in regulating the mood and supressing depression.

One of the reasons behind this could be because the body needs vitamin D for the production of serotonin which assists in regulating moods.

Vitamin D has been shown to have positive effects on the brain, which could have mental health benefits, and may help you to think and feel better.

In older adults, it has been found to be effective in helping to improve cognitive functions and lessen the effects of depression.

Researchers have discovered a connection between a deficiency in vitamin D and diseases that cause lung inflammation.

According to authors of the study which was published in the Journal of Nutrition, their findings suggested that low Vitamin D might be one factor in the development of (ILD)  interstitial lung disease.

Along with the other previously recognised elements such as environmental toxins and smoking.

According to an article in the European Respiratory Journal, it is recognised that low levels of vitamin D may also be associated with poor asthma control.

Vitamin D helps your skin to stay supple and healthy and plays an important role in its protection and rejuvenation.

It does this by enhancing the skin’s immune system by helping  to destroy the free radicals that can lead to premature ageing.

Vitamin D is recognised as an essential ingredient for the normal functioning of our muscles.

Lower levels of vitamin D are shown to be associated with an increased risk of falls and weakness of the upper and lower limbs.

Being deficient in vitamin D can be a major problem for people of any age.

It can cause multiple issues from muscular aches and bone pains to weakness, which could make it hard to carry out even the simplest everyday tasks, such as lifting heavy objects or even just walking.

Vitamin D plays an important role in helping to keep our teeth healthy.

It has a crucial part in bone and tooth mineralization by way of absorbing calcium, the raw material which along with phosphate creates the structure that makes up tooth enamel.

A deficiency can lead to a number of oral health issues, such as gingival inflammation, cavities and gum disease, which can then lead to the loss of teeth.

So you see there are a number of benefits for making sure you get the proper amounts of vitamin D in your diet.

Bear in mind though you don’t want to overdo it and have too much, as this can be just as detrimental to your health as not having enough. 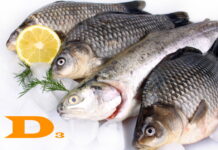 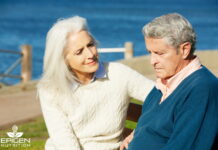 What is Vitamin D – Important Facts for Beginners 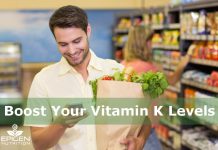 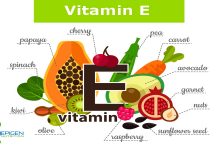 The content on this website is intended for informational and educational purposes only. You must consult your doctor or medical practitioner for any medical advice, treatment or diagnosis that you require.
FOLLOW US
© copyright 2021 epigennutrition.com all rights reserved